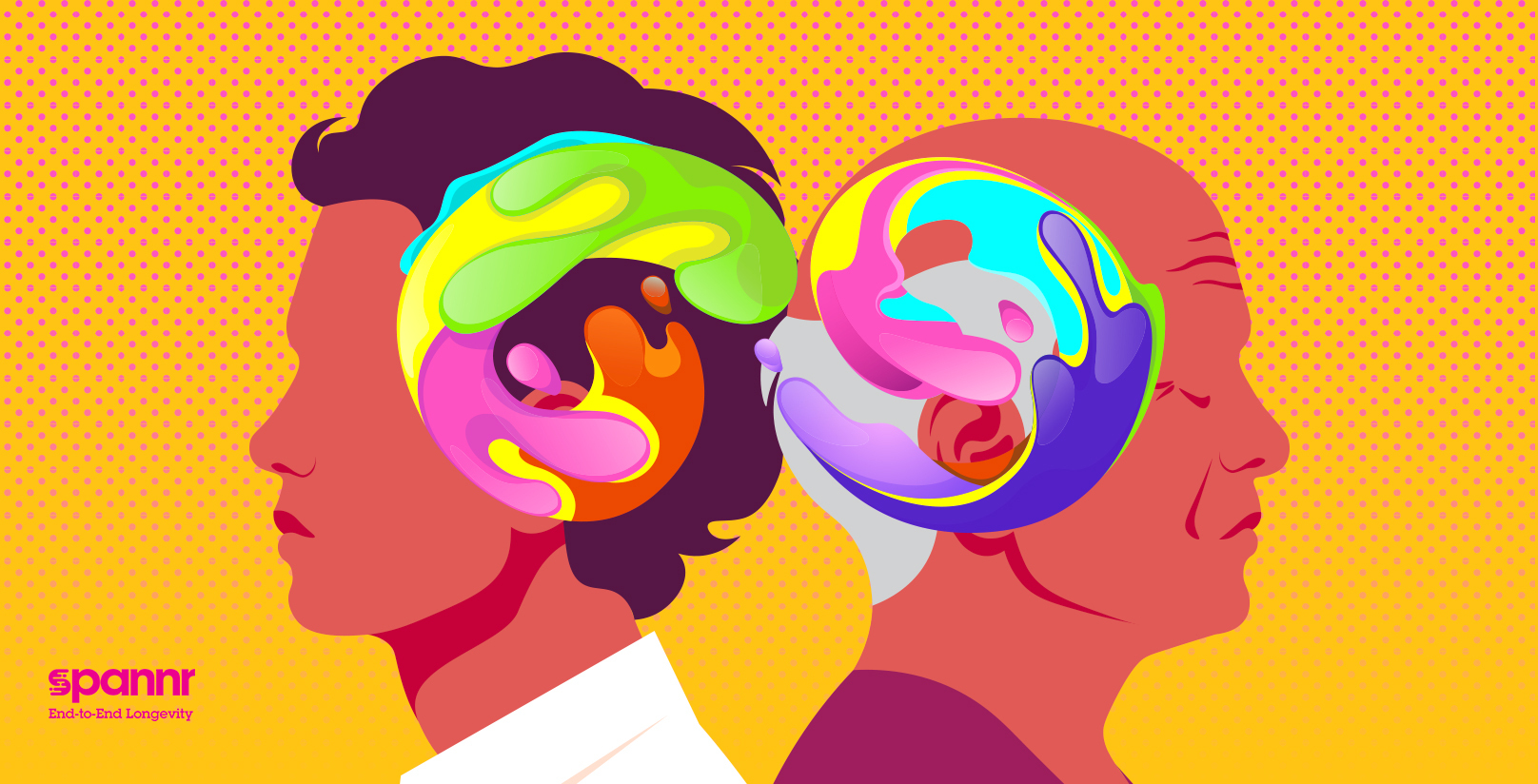 “Whether you experience heaven or hell, remember that it is your mind which creates them.”

Timothy Leary, long considered the godfather of psychedelics, was a classically trained psychologist and well-qualified to determine the illusory (though impactful, damaging, and often problematic) nature of some of the most common mental health disorders.

By calling mental disorders and afflictions “illusory,” we aren’t downplaying their significance – instead, like Leary said, acknowledging that they are (at least partially) products of the mind. And that some psychedelics might even be medicine for the mind.

Although it took over 50 years, Leary couldn’t have predicted in the 1970s that psychedelic research would advance sufficiently enough to be recognized for its nascent potential in treating disorders like PTSD. But here we are. This research is fueled by the disheartening class of veterans stricken by PTSD due to a drawn-out, 20-year-long war that ended only recently. 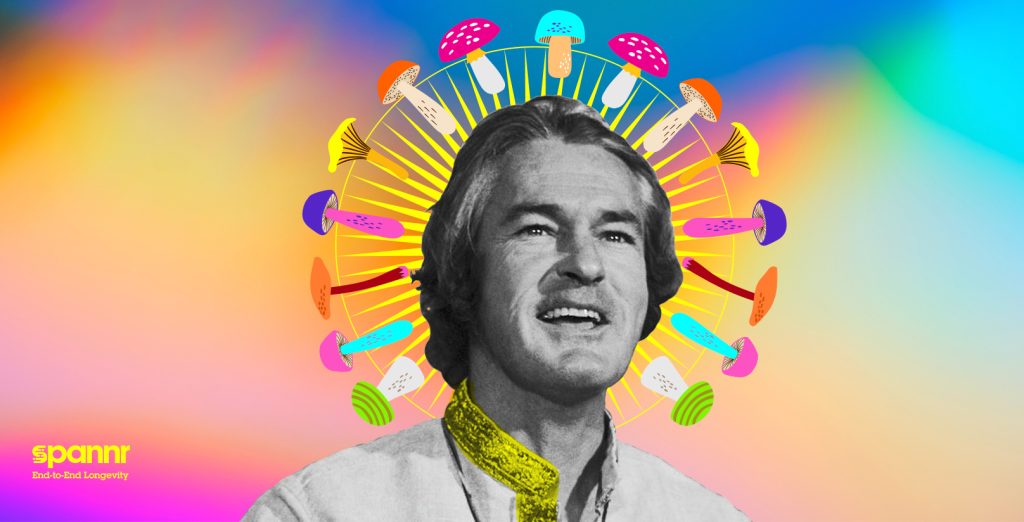 While the Federal Government and Veterans’ Administration vacillated over the course of those 20 years between disregard and overmedication (in some cases with harmful pharmaceuticals), privately funded research is forcing the system to acknowledge the beneficial and healing effects that psychedelic treatments can have on veterans.

But, psychedelic research doesn’t just directly benefit veterans suffering from PTSD and other mental disorders. The more physicians, scientists, and researchers investigate the beneficial effects of psychedelic medical applications on the mind, the more advancements they uncover for the body— specifically, psychedelic treatments’ effects on blunting aging and contributing to longevity.

Post-traumatic stress disorder, or PTSD, has likely presented itself since the dawn of warfare. Descriptions that echo our experience with the condition today have been found in ancient Mesopotamian and Greek texts. The designator itself, however, is relatively new. The disorder was deemed Da Costa’s Syndrome in the American Civil War and shell shock in World War I, showing how the naming convention has changed with the times. But the symptoms haven’t.

Broadly, after witnessing or having involvement in a traumatic event (our focus is on combat and veterans, although PTSD can result from any trauma to anyone), the afflicted individual may present a variety of physical, mental, and/or emotional symptoms. To qualify for a PTSD diagnosis, classed as a “trauma and stressor-related disorder,” the veteran must manifest some of these symptoms as dictated by the Diagnostic and Statistical Manual of Mental Disorders, Fifth Edition (DSM-5). That said, it’s not an exhaustive list: 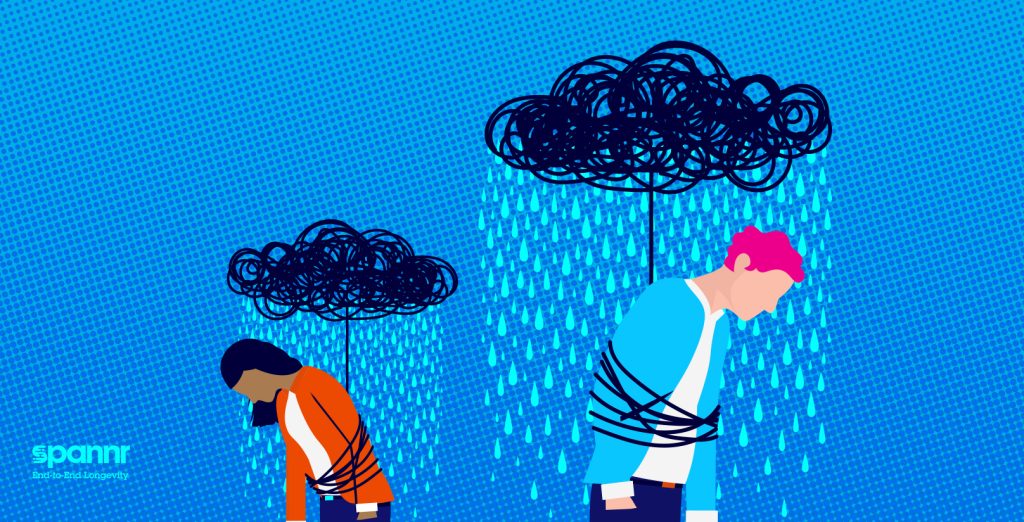 Despite advancements in overcoming the stigma associated with a PTSD diagnosis, the treatment has blended non-pharmacological therapies like cognitive behavioral and exposure therapy with drug treatment.

While non-pharmacological interventions have been successful in some cases, drug treatment is lacking, with complaints of overmedication/zombification of patients and increased risk of suicide associated with some drugs.

Even the primary drug therapy, selective serotonin reuptake inhibitors (SSRIs), has recently been taken off its pedestal. It was once thought to be the panacea, but due to a meta-study showing the chemical imbalance theory of depression and other disorders like PTSD, SSRI treatment may not be as grounded in research as some prescribing authorities once thought.

Luckily, increased funding and destigmatization of psychedelics and their application in psychiatry have instead revealed that these new therapies may be the key to treating veterans’ PTSD.

Beginning primarily with synthesized compounds like MDMA in 1985, the original theory of psychedelic research was that the chemicals would allay the reactionary fear responses that mark PTSD. This would, in turn, allow therapists to work with the veteran using more traditional therapies to address the root causes.

Further research into synthesized psychedelic compounds revealed the efficacy of ketamine in targeting specific emotional reactions for processing. Even LSD, synthesized by Swiss chemist Albert Hoffman in the 1930s, was seen as increasingly useful for blunting the fear response and, from a directly materialistic perspective, promoting neuroplasticity – essentially rewiring a brain during and after PTSD treatment to overwrite the previous more traumatic coding.

Despite remaining on the DEA’s Schedule I drug list, these lab-made drugs became increasingly popular with physicians and researchers in treating otherwise treatment-resistant PTSD and depression in veterans. But, they were only getting started.

Despite being used for thousands of years in native and indigenous cultures for spiritual and mental applications, the broad natural psychedelic or hallucinatory groupings were stigmatized and made illegal in the 1900s.

(Note: When we refer to natural psychedelic compounds, think cannabinoids, psilocybin mushrooms, ayahuasca, etc. – generally anything that grows from the ground in some capacity, even if today’s applied use is through synthesis or more artificial growth process.)

But today, even the Federal Government is taking notice of psychedelic efficacy.

A recent study treated US Special Operations Forces veterans with ibogaine and 5-MeO-DMT. 5-MeO-DMT is found in the skin of the Colorado River toad and it’s one of the most popular emerging natural psychedelic therapies, while ibogaine has long been used to treat drug and alcohol dependency.

More than 90% of these former operators were veterans of some campaign under the Global War on Terror umbrella, and many reported suicidal ideation, PTSD symptoms, depression, and/or anxiety.

The treatment outcomes were, in a word, shocking.

After administration of both drugs plus an appropriate “cooling-off” period, many veterans reported the experience as one of the most beneficial and emotionally, spiritually, and psychologically fulfilling of their lives. They also reported massive reductions in suicidal ideation, cognitive impairment, depression, and other PTSD symptoms.

Additionally, after a post-treatment reassessment, symptom reduction continued for multiple years (up to today) and appears to be cemented. The veterans also reported much greater adaptability and psychological flexibility to everyday events and stressors.

As a result of the FDA’s breakthrough therapy designation, new and novel applications of psychedelics are coming to the forefront, including longevity of life.

A Look at Longevity 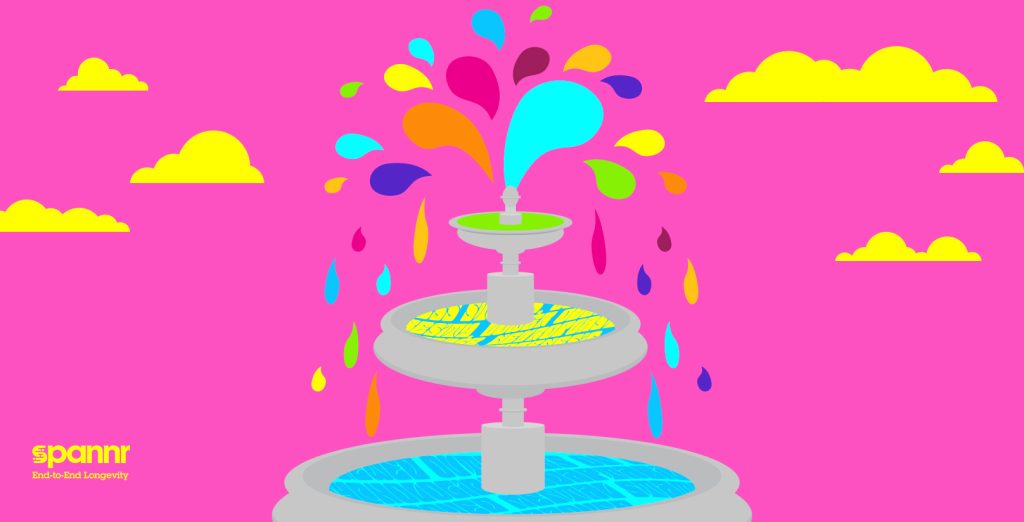 Long seen as a quest for the Fountain of Youth, longevity studies have been somewhat mischaracterized. Instead of a strict focus on pure life extension, longevity also focuses on the more immediately-achievable goals of blunting the worst effects of aging – cognitive and physical decline, emotional and personality changes, and an increase in depressive states.

If you’ve read closely, you’ve seen that, in addition to alleviating the depressive and similar PTSD symptoms, many of the respondents in the study reported the psychedelic experience as spiritually and psychologically gratifying or significant.

This is important in regards to longevity because as people age, they tend to have declines in executive function that can not only lead to depression but can cause withdrawal emotionally.

Typically self-perpetuating, they tend to isolate themselves from people and experiences that could cause them to open back up to the world.

Psychedelics can help with these aging issues.

From a materialistic perspective, psychedelics appear to increase neuroplasticity, as referenced earlier. This means that instead of physical degradation of the mind and its processes over time, psychedelics can maintain or rebuild them so that the mind can remain physically “young,” relatively speaking.

This is coupled with metaphysical, spiritual, or religious-type experiences that impact many and cause life-altering effects. If the older or elderly, through psychedelics, can have both a physically and emotionally adaptive mind and have a reason to live, the first step towards holistic longevity treatment can be achieved.

Even though the FDA doesn’t acknowledge it, aging is a disease. Think of any other traditional disease – it causes breakdowns and degradations in the body’s physical form and processes. It may split or manifest into other secondary conditions that ultimately cause death. To compare this, think of diabetes causing sepsis that kills the patient.

In aging’s case, ongoing telomere uncapping, cellular dysfunction, and other degraded processes cause heart disease, cancer, etc., which ultimately kills the patient – even though it is more a symptom of aging itself.

Like any disease, medical advances push against a cure or diminishment. The research is ongoing and exhaustive, but rest assured: discrete symptoms of aging will be significantly blunted in the future and lead to the bodily longevity sought after. Thus, with a healthy, adaptive, and functional mind developed through psychedelic protocols, you can join it with a healed body forming a closed-system longevity cycle that can exceed the lifespan as it currently exists.

In addition to these neuroplastic and metaphysical changes, the personality changes associated with acute and chronic psychedelic use serve as a self-initiated longevity measure. For reasons that are thought to be associated with an overall increase in self-actualization and bodily autonomy resulting from psychedelic use, respondents to a study of the effects of psychedelics on physical health markers found:

Psychedelics may give people a reason and desire to live a longer, more fulfilling life as physical longevity research that treats aging as a disease catches up. Meanwhile, secondary effects of the psychedelics lead to an improved and potentially increased lifespan on their own – especially in today’s society of poor lifestyle habits resulting in chronic emotional, psychological, and metaphysical malaise.

A Future in Flux

While PTSD treatment, longevity research, and psychedelics may seem unrelated and disparate at first blush, they blend to represent a new horizon in the field of total human wellness and are inextricably linked.

Through applied psychedelic research targeting the class of post-war veterans in desperate need of relief, we can directly observe the effects of psychedelics on physical brain structure (neuroplasticity and neurogenesis) and the emotional, difficult-to-grasp metaphysical outputs (PTSD alleviation through renewed outlook on life, general psychological adaptability).

Thus, not only will this research assist and remedy the ills of those living with PTSD, but it will shine a light on the holistic beneficial outlook of applied psychedelics:

These combine to create immediate longevity.

From a mental model, subjective longevity increases as the brain avoids the late-stage malaise that marks the transition from youth into the middle-to-elderly demographic.

From the physical perspective, the brain’s longevity increases as neurogenesis occurs and staves off deterioration. At the same time, the body keeps pace and blunts or reverses the impacts and results of aging (obesity, heart health, etc.).

From this immediate boost in longevity through psychedelics, we not only enjoy the direct effects of lifestyle improvement and outlook but effectively buy more time as the primary drivers of extended longevity research – via government funding and private equity – combine to develop the pathways towards sustainable, collaborative application.

Of course, like Dr. Leary, we cannot predict with total accuracy what the longevity landscape will be in 50 years.

But we can be sure, both with the increased interest and funding in applied psychedelic and longevity research, that investment in longevity today means an investment in the future.

Luke oversees all written content from Spannr contributors, in addition to creating original content himself. His past experience in covering...