Spannr » Articles » Barking Up the Right Tree: How Dogs Just Might Be the Key to Human Longevity

Barking Up the Right Tree: How Dogs Just Might Be the Key to Human Longevity 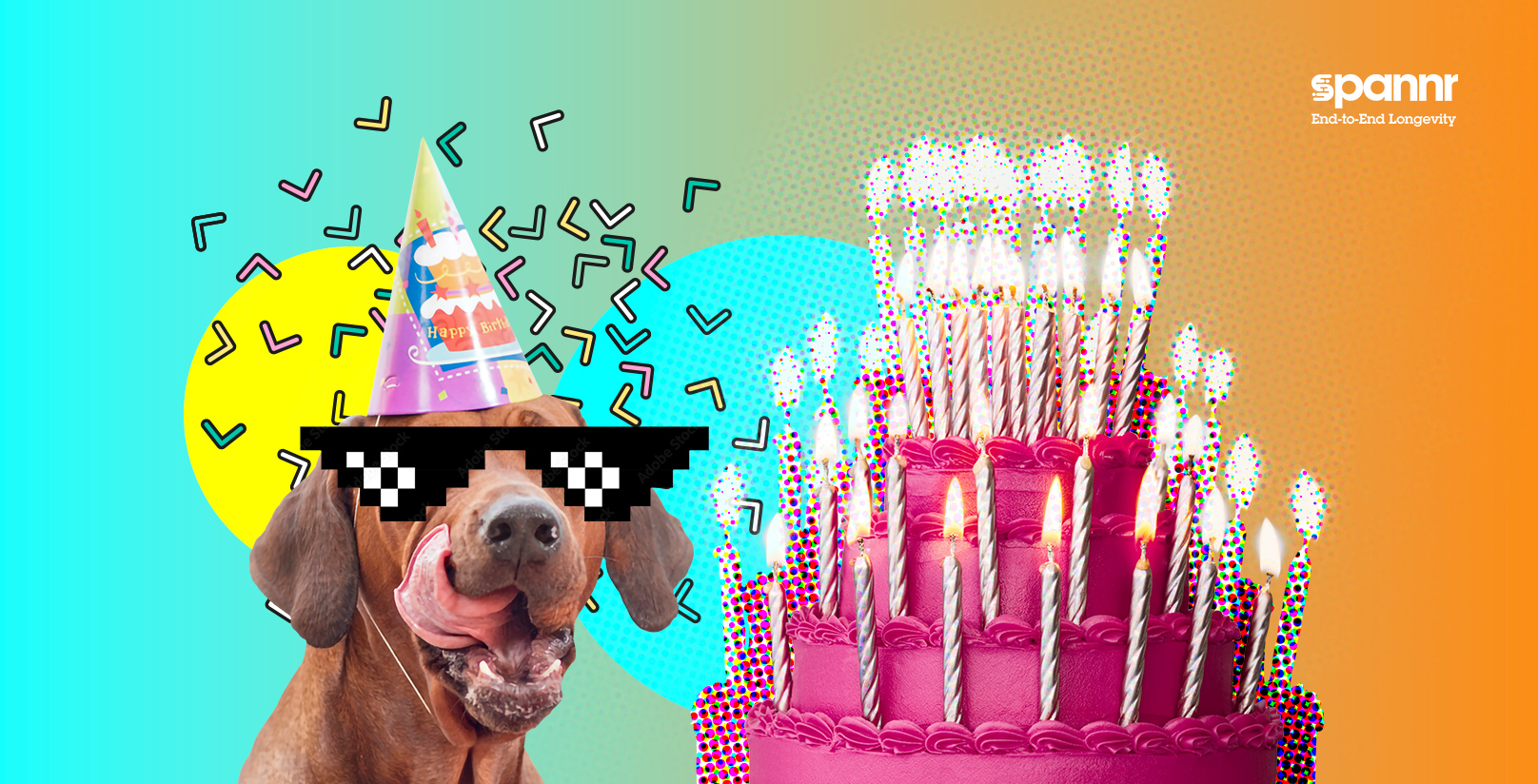 Since dogs were first domesticated roughly 30,000 years ago, they have helped humans navigate through life’s hardships in various ways.

From hunting and gathering to helping owners alleviate stress and depression, ease loneliness, and even encourage exercise, dogs certainly play a large role in one’s health and happiness.

Today, however, they are beginning to help humans in ways unimaginable; by helping the scientific community take on longevity.

While billions of dollars have recently been earmarked to focus on aging interventions for humans, a small group of companies are taking on age-related disease by first focusing on our most faithful companions – dogs.

In With The New, Out With The Old

Despite the amazing advances that scientists are making around our understanding of aging, very few translational therapies have come to market.

This is in part due to the fact that in order to get to clinical trials in humans, scientists must first study therapies on mice. And although studying mice is helpful and has led to major pharmaceutical breakthroughs, when it comes to aging, mice present some major roadblocks.

For starters, mice age differently. As in, they don’t present aging-related diseases in the same way humans do. Therefore, scientists are forced to induce aging-related symptoms in mice to mimic human disease. Unfortunately, this can lead to treatments working in mice that may not translate to humans.

Dogs, on the other hand, are a useful model for human age-related diseases. This is because dogs develop age-related diseases at a similar rate to humans and do so in an environment that is literally the same as ours – our homes. Dogs also receive a similar level of healthcare as they move into old age as humans do in the form of veterinary visits. 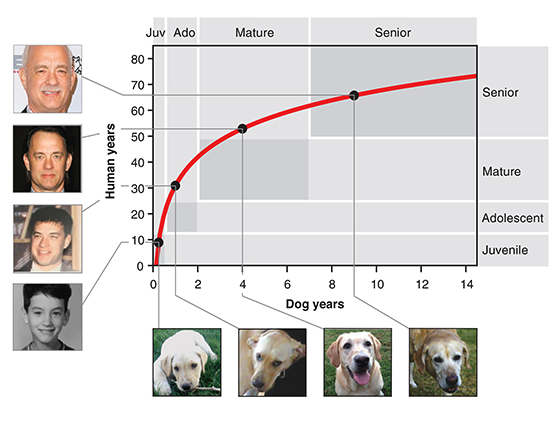 Furthermore, there is a major issue in using genetically identical, inbred mice in clinical studies. Although it is traditionally believed that using genetically identical mice will reduce any variance in an experiment, it may also be the case that scientists are deriving results that impact only a certain strain. As Richard Harris wrote in the book, Rigor Mortis, quoting Joseph Garner:

“Imagine that I was testing a new drug to help control nausea in pregnancy, and I suggested to the FDA that I tested it purely in thirty-five-year-old white women all in one small town in Wisconsin with identical husbands, identical homes, identical diets which I formulate, identical thermostats that I’ve set, and identical IQs. And incidentally they all have the same grandfather… That’s exactly how we do mouse work. And fundamentally that’s why I think we have this enormous failure rate.”

Conversely, dog breeds vary significantly – from a 5-pound Chihuahua to a 200-pound Great Dane. This genetic diversity has produced quite possibly the largest degree of variation within any animal species.

More importantly, the average dog lifespan ranges from 6-14 years depending on the size and breed, allowing scientists to study treatments and iterate on the findings at a significantly higher rate than doing the same studies on humans.

Simply, in order to study whether life extension therapies are working on humans, we may need to wait 70-plus years. Dogs, however, allow scientists to study five to ten more potential therapies in the same time frame.

And it’s not just scientists that are interested. Due to the way venture funding works, a quicker feedback loop from dog studies allows investors to become more confident about putting their money to work.

Although the overall monetizable market is smaller than the human drug market, many biotech investors would rather place their bets on getting a drug to market (even if it’s just for dogs) than having to only bet on moonshot ideas.

So, the message is clear; dogs are positioned to give longevity researchers better insights than studies done on mice. And at the same time, the quick feedback loop is giving scientists more therapies to research, which is onboarding investors at a record pace.

But before we get to just how big the potential dog aging market is and where precisely the capital is flowing, let’s first back up and explain how we got to where we are today.

In 2018, the Dog Aging Project (DAP) was launched with the ambitious goal of recruiting tens of thousands of dogs and following them for at least ten years to understand aging better.

The Project believes that by collecting and quantifying data from dogs, we will better understand how genes, lifestyle, and our environment influence aging.

Additionally, the Project is studying whether the drug rapamycin can improve healthspan in clinical trials. Dr. Matt Kaeberlein, the organization’s Co-Director, believes that if the DAP can successfully show that rapamycin (or another future therapy) can increase longevity in dogs, it will better convince the population that an aging intervention can work in other large mammals – like humans.

The open-sourced project is backed by individual donors and $23 million from the National Institute on Aging, a division of the National Institutes of Health (NIH). The project also recently received $2.5 million from a group of tech and crypto entrepreneurs, including Tim Ferriss, Brian Armstrong, Fred Erhsam, Peter Attia, Juan Benet, Adam Fisher, Jed McCaleb, and Darya & Kevin Rose.

Although the Dog Aging Project is an ambitious endeavor and will certainly bring new insights into aging, it has a subtle downside in that it is currently only funded through donations and grants. Investors, on the other hand, are looking to fund breakthrough technologies and therapies in which they can also receive a return on investment.

Helping the Public Conceptualize (and Pay For) Aging Drugs

According to the American Pet Products Association (APPA), dog owners spent on average $1,480 per dog on basic expenses in 2021. And with more than 69 million households in the US owning a dog, this represents more than $100 billion in annual spending on canines alone. 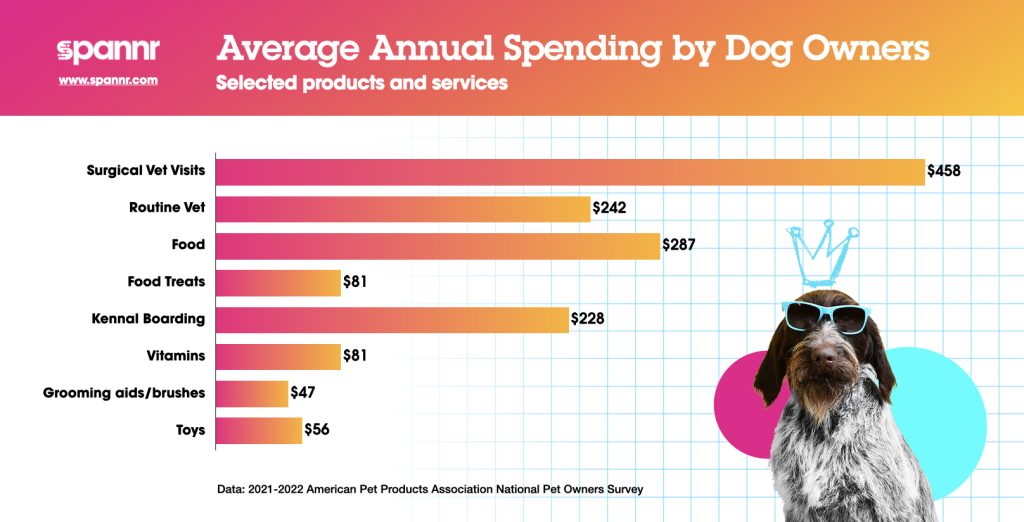 Therefore, it’s safe to say that if there were a drug that could help dogs live longer, healthier lives, it would represent a market worth billions of dollars.

That’s why companies such as Cellular Longevity Inc. (whose pet division is called “Loyal”) are bringing dog aging-related drugs to clinical trials.

The company, which has raised more than $50 million according to the spannr database, is focused on developing a selection of drugs that target various cellular processes hypothesized to impact dog aging.

Loyal’s first candidate is a drug that will target a cellular mechanism that is believed to cause larger dog breeds to age at a faster rate (and therefore have a shorter lifespan) than smaller breeds.

The second candidate targets a mechanism that has so far been shown to improve cognitive function and all-cause mortality in mice and humans.

The company has also launched X-Thousand Dogs, which aims to be the largest dog epigenetics study in the world. So far, Loyal has studied the genetic profile of more than 2,000 pets. They have also partnered with the Morris Animal Foundation – which to date has contributed more than $49 million to more than 1,000 canine health studies – to further investigate the finding from the foundation’s Golden Retriever Lifetime Study.

Loyal’s CEO, Celine Halioua, believes that by studying and developing drugs that focus on dog aging, “it may be one of the best ways to help the broader public conceptualize and then demand human aging drugs, too.”

Suppose Loyal can validate that it is biologically possible to slow down dogs’ aging and create revenue by bringing a drug that does so to market. In that case, it has the potential to become the first breakthrough longevity company.

It’s no wonder then that the company is funded by investors including Khosla Ventures, First Round Capital, Box Group, Collaborative Fund, and The Longevity Fund.

Although Loyal has hired an impressive team and seemingly has the funding to make headway with their drug indications, they aren’t the first startup to focus on dog aging.

Founded in 2017, Rejuvenate Bio is also developing therapies to reverse aging and address age-related diseases. The company, which was spun out of George Church’s lab at Harvard Medical School, has raised more than $17 million in venture funding.

Rejuvenate is focused on heart failure by launching a study using gene therapy for dogs with Mitral Valve Disease (MVD). The company believes that the information gathered through the MVD study will also be useful for human longevity.

Meanwhile, Embark Veterinary, a company focused on genetic tests for dogs, raised a $75 million Series B round at a $700 million valuation in July of 2021, led by SoftBank Vision Fund 2. The company has raised $94.3 million to date, according to Crunchbase.

Although the company isn’t specifically focused on curing aging in dogs with new therapeutics, they do hope that through consistent DNA testing, veterinarians and owners will be able to curb preventable diseases.

Pet biotechs were once seen as a side note, with Big Pharma historically spinning off their pet-focused arms to focus on their “core” business. Recently though, these companies are flipping the process on its head by first focusing on pets, gathering insights, and using the knowledge gained to help humans. 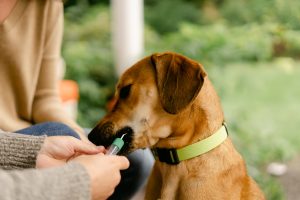 The Food and Drug Administration (FDA) has a tried and true process that it uses to assess drug safety for humans.

And although the FDA’s process is important, it is also one of the most complex, expensive, and slow undertakings in the current economy. The approval process can take more than ten years and cost billions of dollars.

By using dogs, these companies can potentially bring a drug to market for a fraction of the cost of doing clinical trials in humans.

But challenges still exist primarily around whether or not the FDA, which also regulates veterinary medicine, will take successful pet clinical trials into account when evaluating drugs for humans.

Furthermore, with aging still not classified as a disease, any successful results from dog-focused clinical trials could be a boon for the entire longevity industry.

Perhaps the old trope around dogs being “man’s best friend” is beginning to take on a whole new meaning.